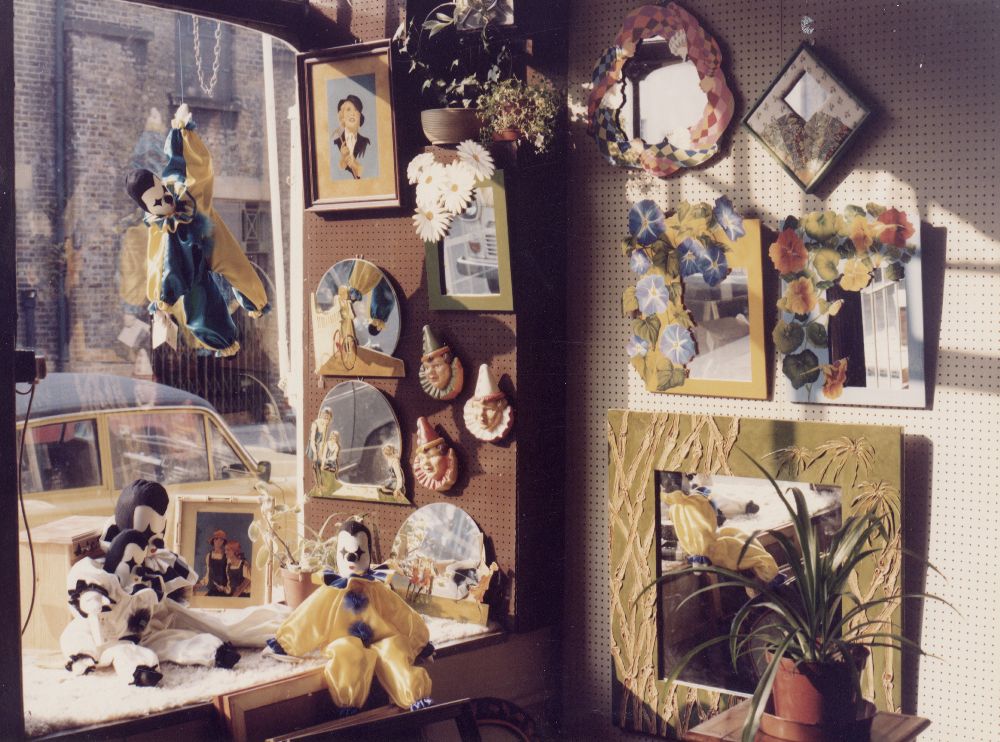 11th March 2017 – I heard about the Chancellor’s announcement on Wednesday to raise the class four national insurance contributions for the self-employed  to 11 per cent by 2019.

It made my blood boil – but what could I say to make a difference? It prompted me to write. I didn’t know where to start or what to say, so I just thought about my life as a self-employed person and all the self employed people I had known.
Remembering my feelings when I bought my first house, I started to write…

My story is in the third person.

Christina woke with the sun in her eyes; it blinded her for a moment. She sat up quickly and looked around the room, strewn with cardboard boxes. She smiled with delight; her first morning in her own home! At 32 years of age the years of working in her own picture framing business had finally paid off.

This and the bathroom next door were the only rooms in the house that were free of building materials, it would be many months, no – years, before the place would have any resemblance to the ordered homes of her ‘normal’ working customers, and those of her two employees.

In spite of the chaos surrounding her, her heart was full of joy and gratitude for all the people who had brought her here.

Sunday, she could afford to spend an hour or two today to reflect on her journey before tackling the book-keeping.

Book-keeping, Christina thought again of her accountant’s astonishment at her response on the day he announced that she had tax to pay on her earnings.
“Oh Goodee!”

Her self-employed accountant had delivered her tax return with nothing owing ever since she started and thought she would be disappointed. All his customers were small businesses or one-man bands, and he had not had that reaction before.

They laughed together as she continued:

“That means I made a PROFIT! And it’s big enough to be TAXED!!”

Christina met James, the Lone Accountant, long ago. She had painted for a partnership of three lovely ladies who made Glass Paintings for export to Germany, France, Sweden and even the USA. They employed several painters, a framer and a young lad who kept everything in order and moved heavy boxes. The partnership was a significant customer of the small moulding manufacturers down the road. The moulding people in turn, employed several people to make the hand-finished bird’s-eye maple frame moulding that was their speciality.

James did the accounts for the Glass Painting Partnership, and Christina became one of his clients.

Always seeking ways to make a living through her art, or at least using her artistic talents, she rented her little shop in the back streets of Clapham together with two other artists, and began to make objects to sell. She bought a powered fretsaw and cut shapes in plywood, hand painting bright clowns, flowers and winding leaves. She made objects to suit every pocket. There were mirrors of all sizes, decorated boxes and tiny brooches.

The shop was tucked away and customers were few. Her artist friends moved on so she now had to pay their share of the rent and rates. She would have to do more.

She found one-off fairs and events but needed something regular and the Covent Garden Market had a craft area – later to become the Jubilee Market. She talked to stall holders to find out how to join and so began another phase. Friday nights she loaded her van with a pegboard wall and her hand made objects all carefully packed to take to market.

Christina picked her way around the ladders and tools on the stairs to the makeshift kitchen. On this sunny summer morning as she put the kettle on, she thought about the other crafts people at the market where she had her stall.

Oh, those friends she made when she went every Saturday and Sunday to sell her wares. She missed them, their encouragement when sales were slow, the wonderful variety of beautiful hand-made things they made and the relief as the market filled up about mid morning. She did not miss the 5am start in winter, or her frozen feet at the end of the Day.
You could only be guaranteed a stall at the Jubilee market if you came all year round, so it took a year to get your own spot back then, together with an 8am start. Every stall holder in that market was a true entrepreneur. Some had risen to heights of employing people to run their stalls!

Christina began to reflect on how she came to buy her house, a series of fortunate encounters.

Her brother in law had spotted this house on the way to a job. He was a joiner (self-employed) and visits to his clients took him all over the place. It was up for auction and had a demolition order on it.
She told her friend about it saying it was unlikely she could get a mortgage for such a thing through the usual channels. This friend was a potter who had been in business for some time and had recently bought a rather tumble-down house. She introduced Christina to the building society she had used and a provisional mortgage for the maximum Christina could afford was secured in advance. This would be the limit to which she could go at the auction.

Never having even been to an auction before, she sought advice from another friend, a small ‘property developer’. He was a builder that bought houses in need of repair and did them up to sell on. His business had grown until he was able employ labourers and trades people to take on small developments on bigger plots. Who better to advise her than another successful self-employed person?
His advice was invaluable on the day of the auction, Christina’s bid was successful and the house was bought with 28 days to complete.
The Building Society Manager from whom Christina got the mortgage confessed to knowing nothing about auctions!

Lost in thought, Christina burnt the toast. Never mind, nothing could spoil this wonderful morning.

She thought of the builders who were fixing up the house – two men, both self-employed.
They were such characters, and so thoughtful. They had been working on the house non-stop for some weeks, fixing the roof, replacing wooden floors, getting rid of dry rot. She couldn’t move in until at least those works were done. Meetings were hurried affairs at lunch time, but the builders knew she would go there in the evenings to think about further instructions.

They had noticed how she had struggled with the high step at the back and had, unbidden, made a wide step from discarded broken paving, a sort of crazy paving platform to ease her way into the back garden. It was done one day while Christina was safely out of the way at the shop. They waited for her that evening, to show what they had done. It was a present, they said, and would not accept payment for it.

She took her tea and toast to the crazy step, enjoying the morning sun. She felt grateful and privileged to have made such friends, marvelling at the roles so many creative and entrepreneurial people had played in her own success.

Time to do some work – the book-keeping was calling. The book-keeping caused by so many real people who trusted her with their framing, recommended her and kept coming back. Her loyal customers! There was so much to be grateful for, so many who deserved thanks.

As she shook herself into action she found her cheeks were aching. All alone in her very own house, she had not stopped smiling since she first woke up.